Often times video production is not fully understood by many, consisting in more than simply pressing the record button on your camera. Here are the 5 main phases of creating a video from concept to completion: 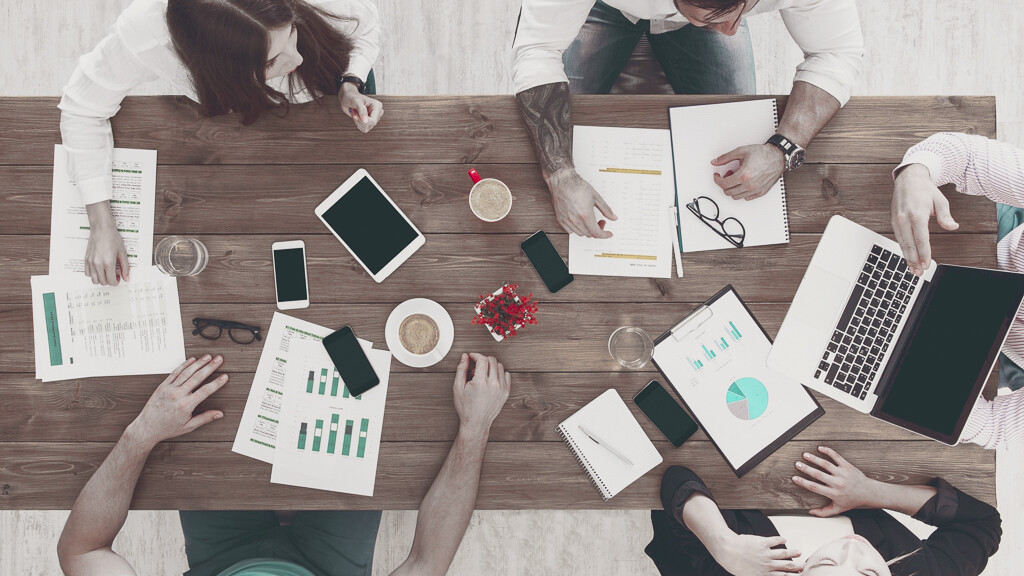 In this first phase, we meet up to discuss the purpose, strategy, and goals for your video and how it will be used after it is finalized. Here is where we also talk about branding, target audience and budgeting, so as to plan accordingly in the pre-production phase. 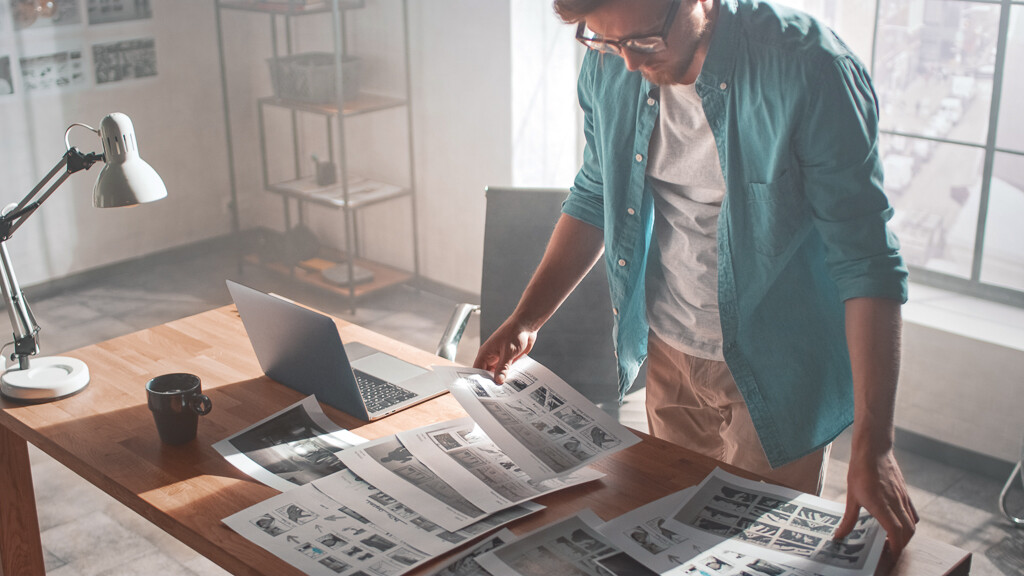 Once we’ve decided on what we want from the video, it’s time to start building a script and even storyboard all of the shots, if necessary. Doing this prior to shooting, will ensure everybody is on the same page with what their role is on the day of the shoot. Scheduling tasks is also important in this phase, as it prepares everyone on the time frames of each shot.

Depending on the budget, here is where we also cast actors, scout for locations, buy props and even rent additional equipment. If all goes according to plan, the production phase should run a lot smoother. 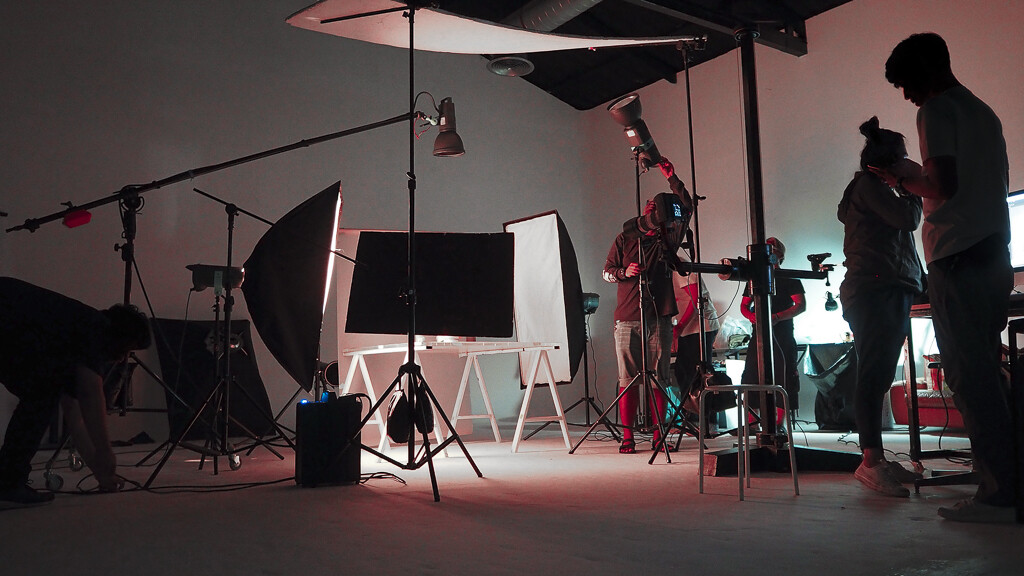 After all that planning, now it’s time for the fun part. As long as things stay within schedule, this should be a breeze, but please keep in mind that filming footage for even a short video is a lengthy process, where lights and sound need to be constantly moved with each shot. Also in almost every case, several takes are required for just one scene, having to shoot the same scene from different angles or having to retake from various mistakes that inevitably happen on the set (bloopers!). It’s not always easy to stay true to the script, as sometimes you have to improvise on the spot, if things don’t go as planned. 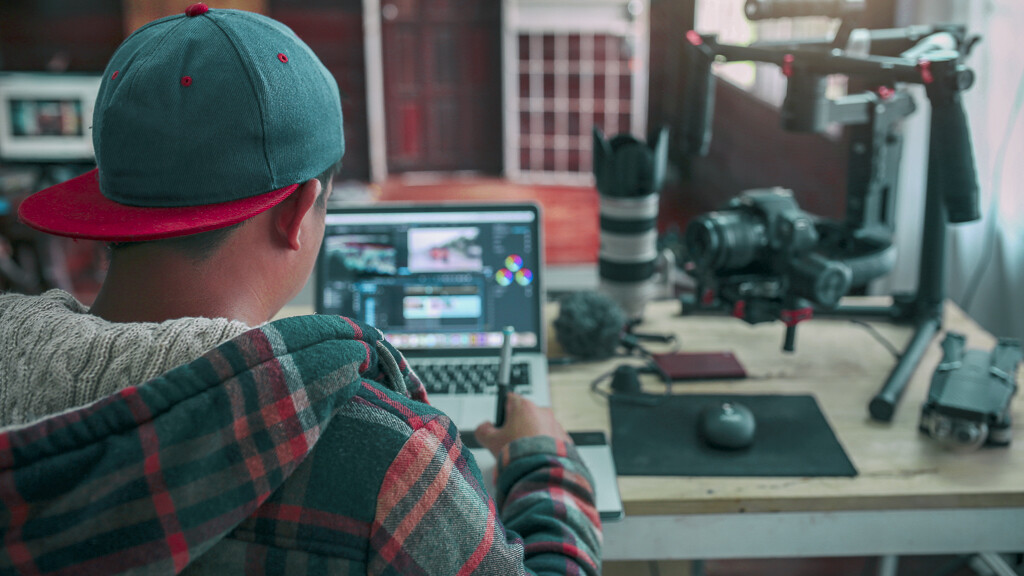 It’s time to put it all together! All the planning and all the shots that were recorded come down to building a story, your story. This is done by organizing all the raw footage and cutting it to match the script. Sound engineering also plays a large part in this, as having good sound design is key, when it comes to good storytelling. You know it’s top notch, when you don’t even notice it.

Another thing to keep in mind is when using music for your video. Whether it’s for personal use or a commercial video, music always needs to be licensed to the intended purpose (unfortunately that means not being able to use any popular songs, as licensing these would be very expensive).

Depending on the size of the project, post-production could last from several days to even weeks, so please let us know if you’re looking for a shorter turnaround time from the beginning of the project, as this could affect the quality of the video if left with too little time to edit.

So by this time the first draft will be ready for review, assuming there are changes that need to be made. Once the video is finalized and approved, it’s time to export the video to its final format. If you are planning to use the video on a specific platform (or platforms) be sure to communicate this with us. All platforms (YouTube, Facebook, etc) have slightly different specifications for optimal video playback. 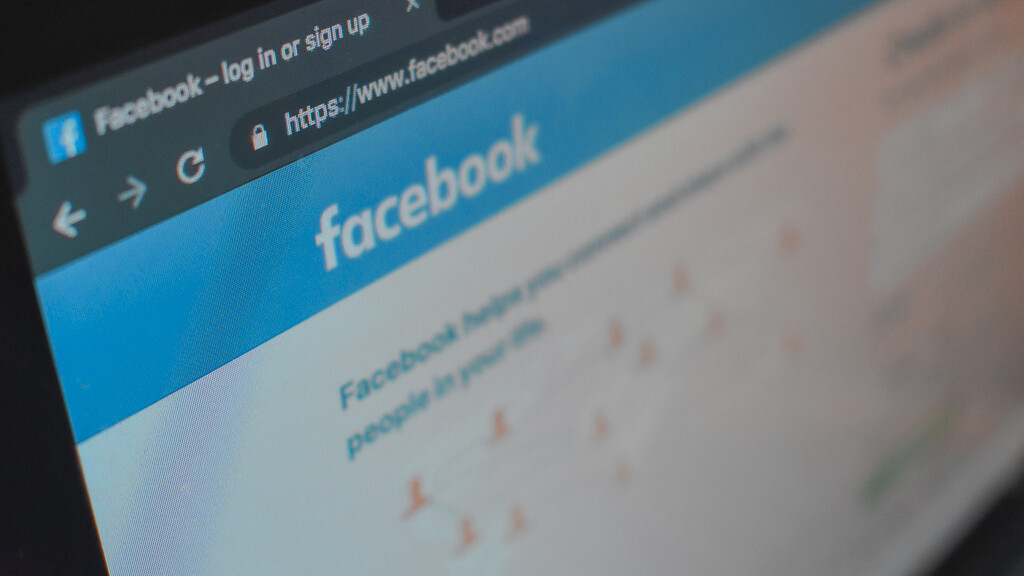 Before sharing and distributing your video, you will need to host it online. Depending on your plan of distribution and your budget, there are several options like paid platforms like Wistia or Vidyard with access to advanced analytics and optimisation, hosting the video on a free channel like YouTube, but with fewer video metrics and less control or self-hosting the video on your own server.

Generally it’s recommended to host your video content on a paid platform where you have full control over how and where it is distributed. This will also allow you to more accurately measure the success of your video.

You’ll need to market your video where your audience will see it, and in a way that makes your core message clear. This should all tie into your larger marketing strategy for other types of content.

And that’s it — you’re done. Now the video has been spread to your target audience, it’s time to use analytics to determine the success of your entire campaign ready for the next piece of video content. Start your video production project with more knowledge .

We use cookies on our website to give you the most relevant experience by remembering your preferences and repeat visits. By clicking “Accept”, you consent to the use of ALL the cookies.
Cookie settingsACCEPT
Manage consent

This website uses cookies to improve your experience while you navigate through the website. Out of these, the cookies that are categorized as necessary are stored on your browser as they are essential for the working of basic functionalities of the website. We also use third-party cookies that help us analyze and understand how you use this website. These cookies will be stored in your browser only with your consent. You also have the option to opt-out of these cookies. But opting out of some of these cookies may affect your browsing experience.
Necessary Always Enabled
Necessary cookies are absolutely essential for the website to function properly. This category only includes cookies that ensures basic functionalities and security features of the website. These cookies do not store any personal information.
Non-necessary
Any cookies that may not be particularly necessary for the website to function and is used specifically to collect user personal data via analytics, ads, other embedded contents are termed as non-necessary cookies. It is mandatory to procure user consent prior to running these cookies on your website.
SAVE & ACCEPT